R-Group of Companies, the property arm of The Rigby Organisation, based in Blackpool, has secured a new £3.5m financial package with support from specialist business advisory firm FRP.

The North West property manager, which manages a portfolio of property interests across Preston and the Fylde Coast, has refinanced with support from specialist lender HS Credit. The Stockport-based funder is the UK subsidiary of Malaysia’s Hap Seng Group and brings significant property experience to the relationship.

The long-term financing will allow Rigby to invest in its portfolio of property assets, including the site of the former Bonds Ice Cream Parlor in Elswick, which is to be turned into a small residential development, as well as other commercial properties, agriculture and recreation.

The deal was led by the Manchester debt advisory team at FRP, and is the second deal the team has backed Rigby on in less than four months. In September, FRP advised Rigby Commercial on securing a £5.6m finance package from HS Credit, after helping the property manager secure HS Credit as a long-term finance partner.

Tom Flack, Group Finance Director at Rigby, said: “We initially sought new support just before the onset of COVID-19 in the UK, and our long-term relationship with HS Credit will allow us to invest in our portfolio of commercial, agricultural assets. and leisure real estate assets, as they target future growth and commerce out of the pandemic.

Andy Pickford, Director of Debt Advisory at FRP, said: “We are delighted to have helped R-Group secure its final stage of funding and to see the relationship between the Rigby team and HS Credit strengthen. As a well-capitalized lender, HS Credit also has long-standing property expertise and a growing presence in the North West, complementing Rigby’s ambitions in the region.

Part of the Ecogee team

The four-year framework, which is led by renowned Huyton-based social enterprise, is specifically designed to meet the needs of public sector organizations such as NHS trusts, education providers, housing associations and more , as they accelerate their journey towards achieving the net zero target. Ecogee believes it was selected as a supplier because of its 10-year commitment to green energy, and in particular its extensive work to help end energy poverty in the region by working with registered suppliers and local authorities.

Managing Director, Brendan Helm said, “It is a great honor to have been selected as a supplier for Fusion21 and to see Ecogee recognized as one of the leading energy-saving providers in our field, to especially since the majority of winners were from larger organizations. It shows how far we have come and continue to grow. We are committed to tackling the fuel crisis that is affecting our entire country, with a particular focus on our local region.

The Fusion21 framework names 50 specialist companies, including SMEs and multinational suppliers, as they strive to reach the government’s net zero target by 2050. The framework supports the design and implementation of energy efficiency measures, combining contracts that can bring improvements to the thermal fabric, heating and renewable energies, electricity and building management systems.

John Farley, Framework Manager (Construction) at Fusion21, said: “The tendering process has been very competitive and has identified the best contractors for our members to use for the delivery of domestic and non-domestic refurbishment programs. to the latest standards. Members accessing this framework will benefit from flexible appeal options, UK-wide coverage and the ability to deliver social value to their communities, aligned with their organizational priorities. 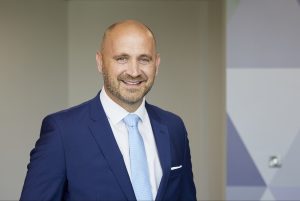 Together, the Cheadle-based specialist lender has launched a dedicated task force in partnership with regulated housing associations to help alleviate the shortage of available homes in the UK.

Led by Alex Bodie, the lender’s new head of social housing, the team was put together following lengthy discussions with the social housing regulator’s (RSH) specialist lawyers, debt advisers and property appraisers. It will facilitate financial support for mid-sized home builders and housing associations across the UK to deliver more homes to those who need it most.

The housing association’s trade body, the National Housing Federation (NHF), has calculated that 1.6 million families are waiting for social housing, far more than the million on the council’s official waiting list. Meanwhile, homelessness charity Shelter said that, despite huge demand, only 5,955 social housing units were delivered last year – an 85% decrease from it ten years ago – of which only 11% are truly “affordable”.

Alex Bodie said: “The housing crisis in England is only getting worse. We know there is a particular lack of social and affordable housing for high-dependency care, homeless, elderly and vulnerable, and key NHS workers. This has pushed tenants into private, temporary accommodation, which can often mean high rents and poor living conditions, problems which the current rise in the cost of living will only make worse.

“Through the Together Task Force, our funding and our close partnerships with registered social housing providers, we are committed to providing more opportunities to support people and provide them with communities to live happy lives. , healthy and fulfilled.” 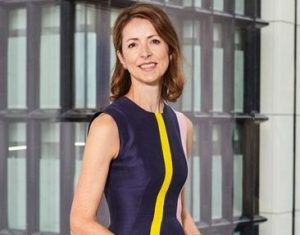 Manchester investment platform AJ Bell has partnered with Smart Works, a UK-registered charity that gives women the confidence they need to find jobs and change the trajectory of their lives. The partnership is part of AJ Bell Money Matters, a campaign to close the £1.65 trillion gender investment gap in the UK.

Over the past eight years, Smart Works has opened eight centers across the country and has helped over 20,000 women. At the heart of Smart Works is a dressing and coaching service designed to help women build confidence and interview skills. References for Smart Works come from employment agencies, mental health charities, women’s shelters, homeless shelters, prison services, care services and youth organisations. Sixty-nine percent of women supported by Smart Works find employment within a month of their first coaching session.

The partnership between AJ Bell and Smart Works has one goal: to help more women achieve financial independence. The program will include in-person financial education, podcasts, webinars and volunteering by AJ Bell staff at Smart Works events.

Baroness Helena Morrissey, Chair of AJ Bell and woman at the helm of the Money Matters campaign, said: “The AJ Bell Money Matters and Smart Works collaboration is going to be a dynamic partnership and we are already planning great things. To close the gender investment gap, we need to support women early in their careers, and that’s where Smart Works makes such a difference. »

Kate Stephens, CEO of Smart Works, said, “Smart Works was born out of a desire to help women find financial independence through career success. It’s fantastic to see the difference the service has made since it launched in 2013 and over the next three years we have ambitious plans to double the number of women we support. This wouldn’t be possible without the support of partners like AJ Bell. 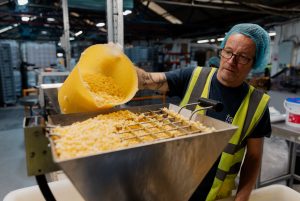 A Bury-based maker of vegan beauty products has achieved a further boost in sales of almost £7m in the past year thanks to the help of GC Business Growth Hub, which has been supporting Faith in Nature for 2015.

Supported by Hub advisers in a major rebranding – the first since the creation of the company in the 1970s by Rivka Rose – the manufacturer has already more than doubled its turnover and created 22 jobs. It has also reached new international markets and won contracts with major UK supermarkets and retail chains including Boots, Sainsbury’s and Monoprix in France.

The company is now on track to quadruple its revenue by 2023, and COO Jason McNeil said: “As the company has matured in its thinking about sustainable products, many consumers have seen our brand, looked at the product range and made an informed decision to start shopping with us.This very important decision process was helped recently by our most successful rebranding ever. a few years.

The Hub, which is part of the Growth Company and is partly funded by the European Regional Development Fund, helps companies at all stages of their growth journey. Faith in Nature is one of 75,000 businesses in the region it has helped since its launch 10 years ago. Over the past 10 years, the Hub has helped create more than 13,600 jobs and safeguard another 12,000.

Anne Campion, Head of Manufacturing and Sustainability at The Hub, said: “Faith in Nature is an exciting company and we are delighted to have been able to help them maximize the opportunities sparked by a surge in eco-responsible purchasing. Our support was essential for their rebranding, which was essential to their huge increase in sales. We helped them access different funding streams which supported the rebrand, which in turn led to being supplied by large retailers and creating new jobs for 22 employees.